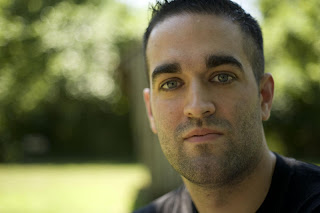 James F. Sickels III was born in Camden, New Jersey in 1982. He lived his younger years in Atco, New Jersey where he began his attendance at The King's Christian School of Haddon Heights. He, his mother and younger sister then moved to Audubon, New Jersey where James continued to attend King's Christian then rounded out his later years in Williamstown High School of Williamstown, New Jersey.  He attended various colleges in hopes of finding his purpose through Computer Science, Architecture, and Elementary Education. Although excelling in each field, he found himself unable to be defined in any of these careers.

Throughout his childhood, James found comfort and escape in the world of books. He enjoyed reading fantasy stories, comic books, and choose-your-own-adventure novels. Later, he began reading the work of authors like Stephen King, George Orwell, Edgar Rice Burroughs, and Frank Herbert, which greatly influenced his writing style and genre preference. James always felt the need to express himself creatively through music, art or writing, yet he always returned to writing because it was through that he found real fulfillment.  In the early nineties, James first began his forays into writing, combining mysteries, super heroes, elves, death, and the bible into a series of stories which he wrote about on and off.

James also has a passion for writing because he believes in the power of the written word to not only entertain, but to expand the mind. He uses writing to reach others in a unique way and to reach himself as well. In his own words, “Writing is like a form of improvisational acting. You must feel, think, and live like these characters and make everyone believe them to be real. Whether they are heroes, villains, men, women, children, gods or monsters - you must delve into their being, while somehow managing to maintain your own separate reality. Doing so seems to allow me to exorcise my own demons.”

James is currently working on several projects including a selection of short stories, a western fantasy, a dystopian novel, and the next installment of the Blood Testament series.