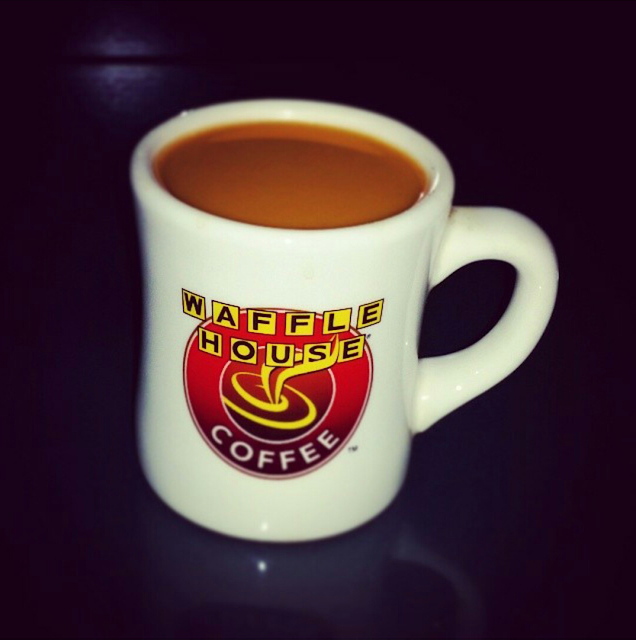 I swear to God that I'm never writing a fiction based in real world settings again. Too much time is spent trying to find oddly specific items. It wasn't so bad in T7H since it was a completely fictionalized version of Philadelphia. In fact, I rather enjoyed it.

Not the case in The Harbinger. Is there a bus stop there or not, Jim? Is there or isn't there!? Ugh.

Not to say that I don't like having bits and pieces of reality flow through what I'm doing, but when it becomes a hindrance it's a bit annoying. What if I want a bus stop there? I mean I guess I could. I've twisted the interiors of all the buildings I've incorporated into the books, so why not random locations?

The Play Store wasn't exactly a "thing" back in 2011. E-readers were all the rage. Amongst us bookish nerds. Point is that Book One The Seventh Horn has just been uploaded into Google Books and the Google Play Store which is most readily available on Android devices.

Have a good one and leave a star or two and a comment, yeah? I don't ask much for a dollar. 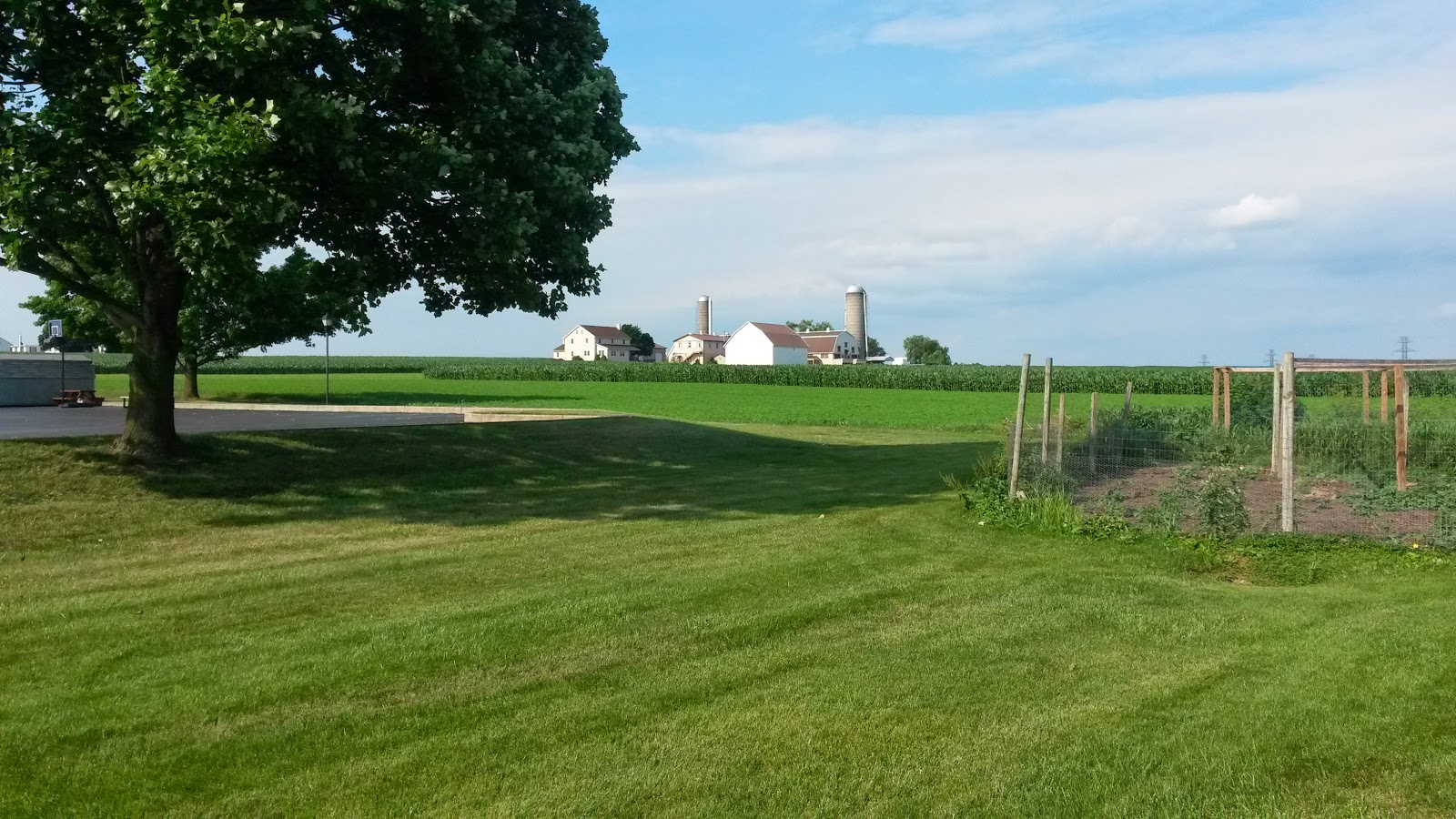 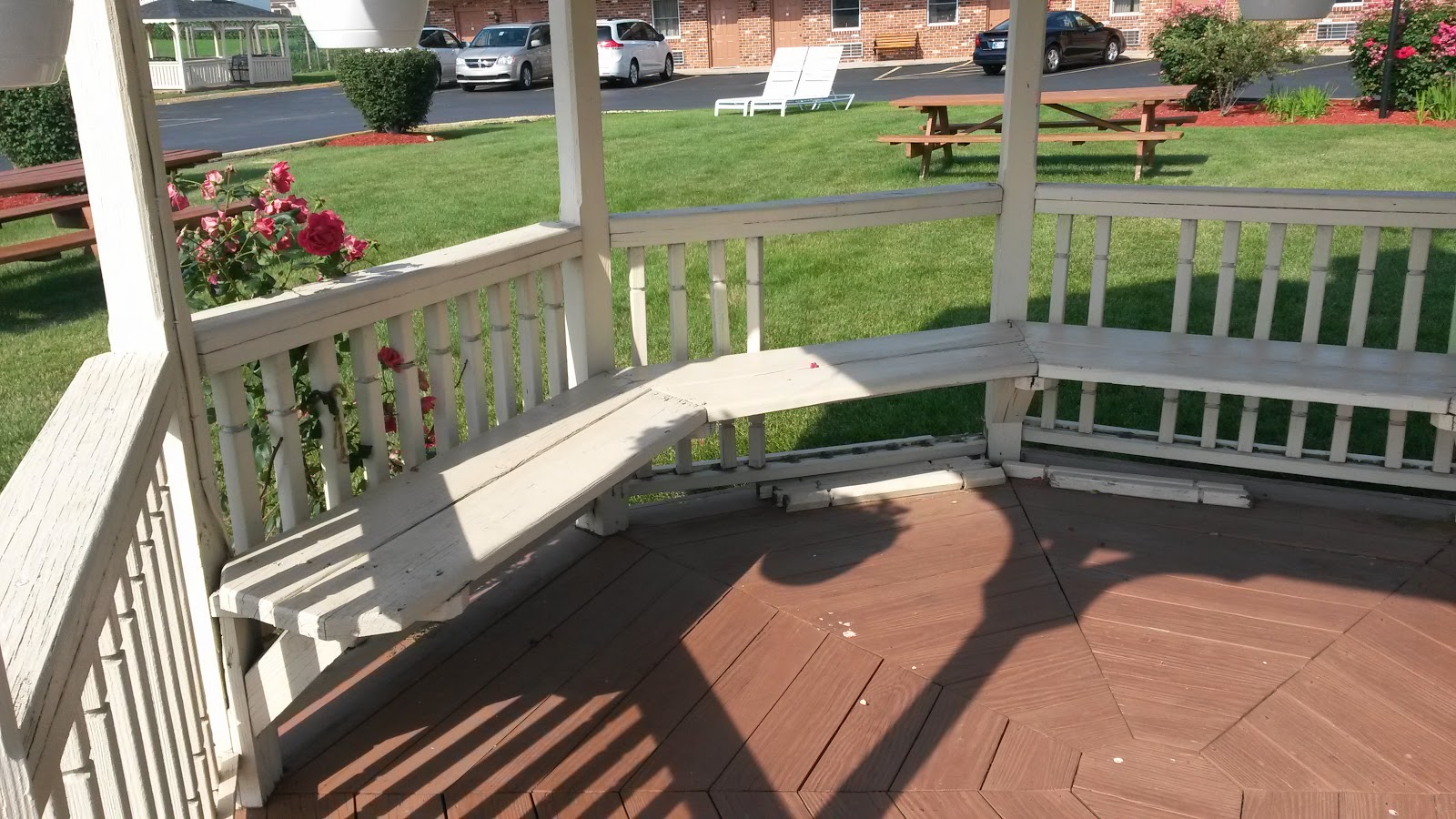 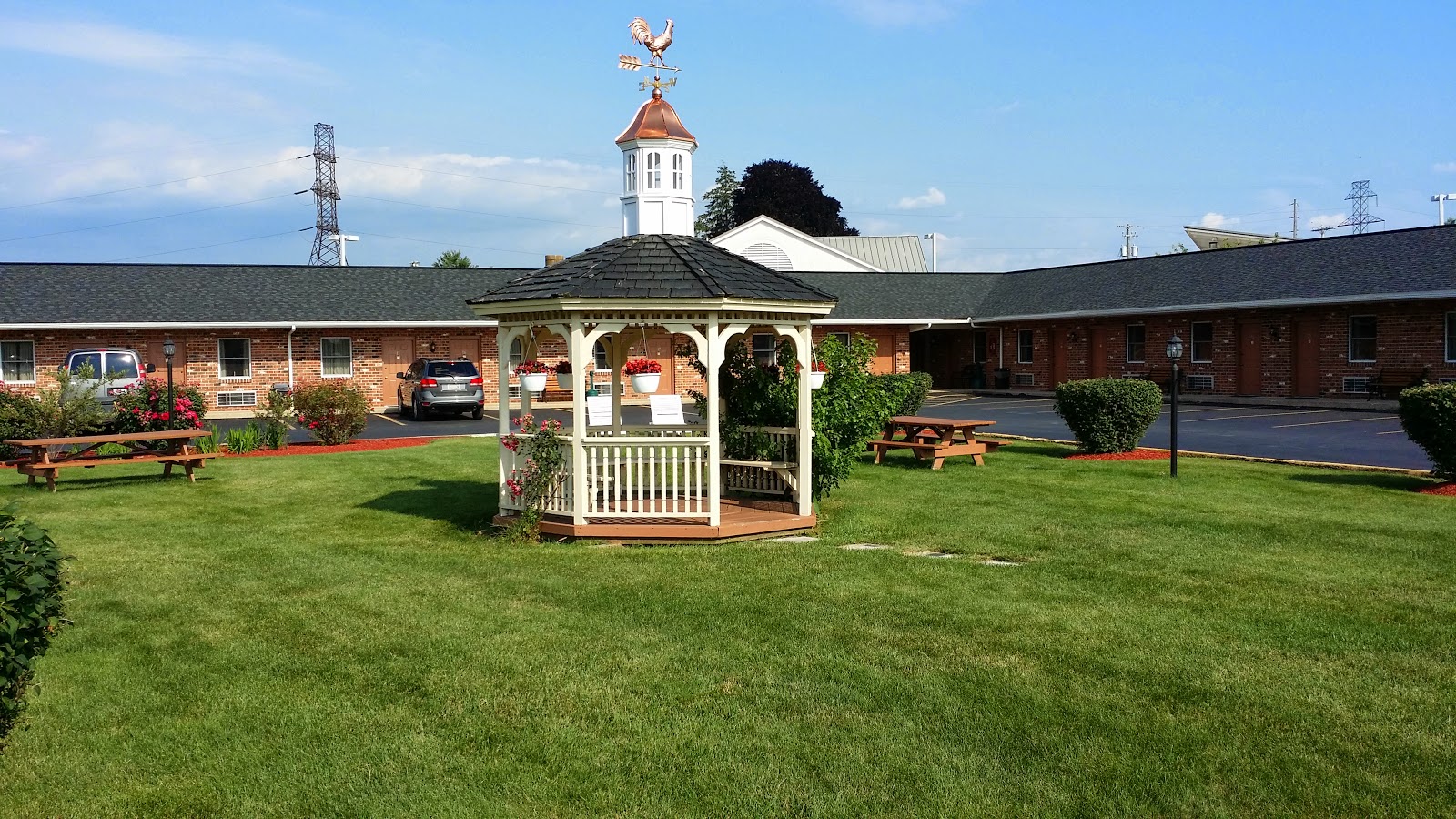 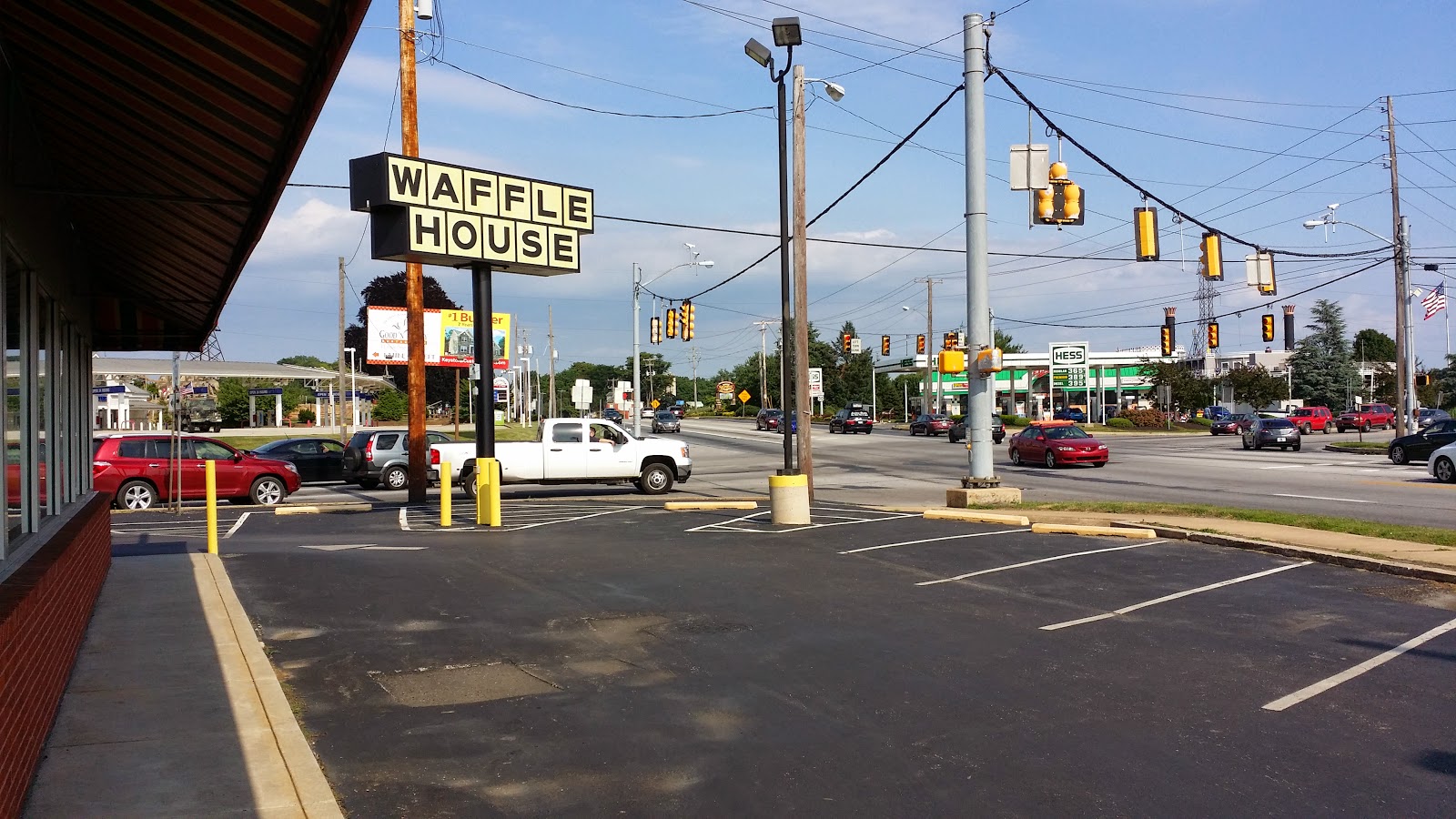 Email ThisBlogThis!Share to TwitterShare to FacebookShare to Pinterest
Topics: exploring, the harbinger

Something about me starting back up again made me go back through the archives of old files.

First and foremost, I want to apologize for how little effort I put in to making the suggested edits from my conglomeration of editors. I got frustrated and antsy and just wanted the damn thing done. I know now that you gotta try to put out something of value if you want others to see it that way. I'm doing much better with Book Two by far and I'm not embarrassed to talk about this output which is a good sign. I'm still embarrassed to talk about The Seventh Horn honestly. I think a lot has to do with I have no way of describing it properly to a potential reader.

That's where I need you to come in. 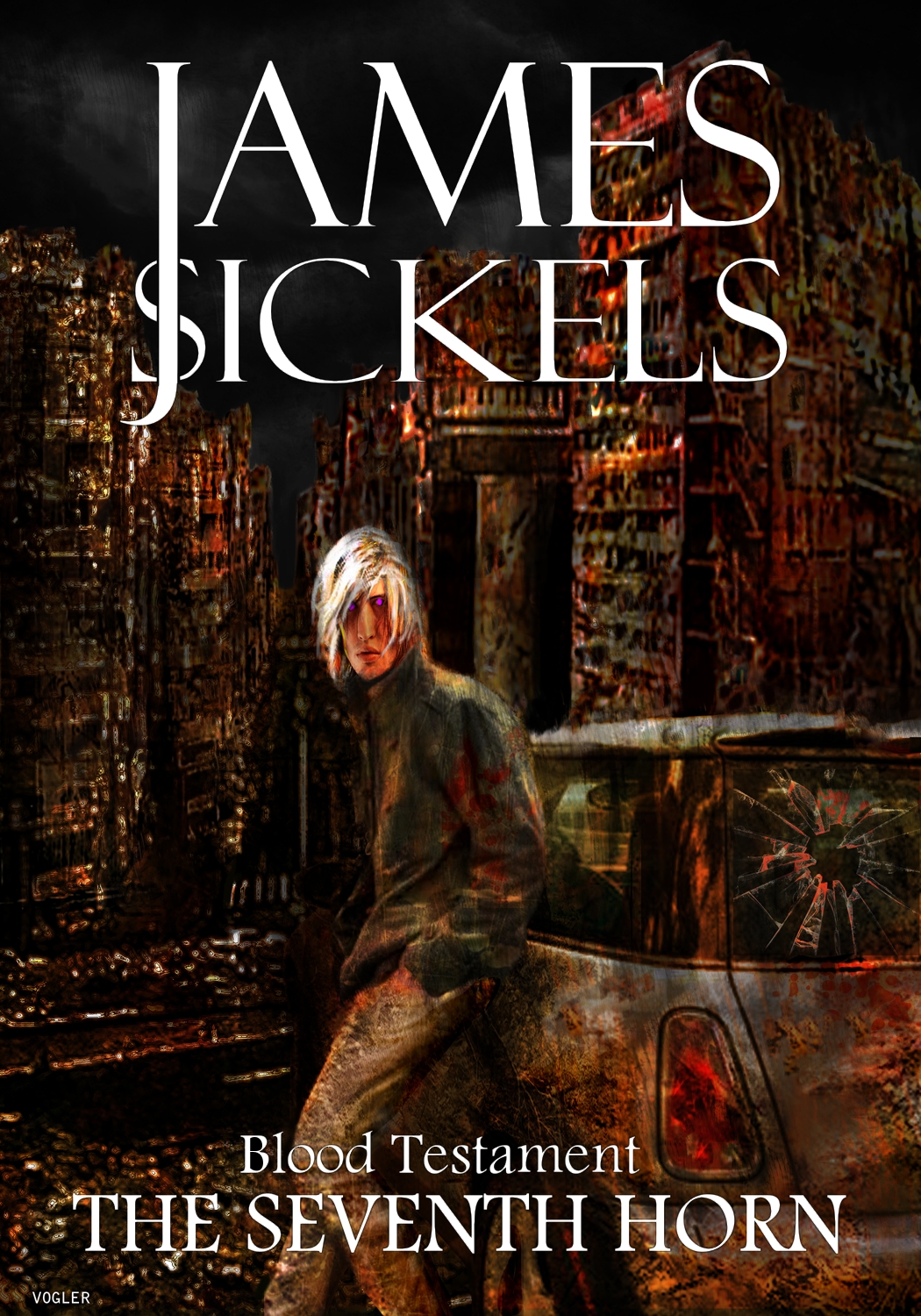 I guess I need to be a little more fair in my description of Blood Testament. One of the reviews on Amazon granted me an illustrious single-star rating because of religious overtones. I didn't realize that using mythology as a background for a story was an automatic failure, but everyone has their opinions and are entitled to them.

So, here goes: Yes. The book using biblical references throughout it's story insomuch that I go about having characters (namely a holy man - surprise!) quote actual Scripture. I know, you're probably giving me the finger or throwing the evil eye horns at me or something. Truth is, the bible is fiction that I spent about a decade of my childhood studying and memorizing. Don't misconstrue the book as either a Christian pamphlet or me trying to tear up someone's religion, at one extreme or the other. It's simply an established history I chose to bend to my own machinations.

This reviewer demanded I move the genre of the The Seventh Horn from fiction/sci-fi to religious fiction. That'd be like, I dunno, putting Marilyn Manson's The Long Hard Road Out of Hell in religion because it contained the word Hell in the title. That's extreme, but you get me.

Some would also classify it as a "vampire novel." While, sure, it features vampires quite prolifically, I don't see it necessarily as that either. I've been infatuated with vamps since Anne Rice and Stephen King way too early in life.

SPOILER? It's dystopian, awful love story, with vampires, set in the Apocalypse of real-world Philadelphia, and a hilariously selfish and misogynistic main character with super powers. He's a terrible human being, but I hope you laugh at how much you hate him. END MAYBE SPOILER.

Give it a try for a buck. Or go all out and get a paperback one. If you're in NJ/PA area, we can probably work out getting you a copy direct. Outside the tri-state? Try the Purchase link at the top of the page. It's not the revenue I'm looking for though. I want opinions and reviews. Tell me about it. Post reviews that aren't biased by revulsion of religion. Send me your thoughts directly. Hell, post a comment here if that's all you wanna do.

A Clockwork Orange by Anthony Burgess as well as Stephen King's The Eyes of the Dragon and The Gunslinger were either read or reread in pretty rapid succession over the last month. With the completion, I want to claim that the spell of procrastination has been broken. The spell of writer's block is one thing, but Procrastination is a nasty, soul-eating bitch.

From Clockwork I gleaned how interesting it can be to have a history and background woven into a scenario with the main character's honest point of view being none-the-wiser. Additionally I learned how effective a human mind can translate new vocabulary and how to (poorly) use it throughout slang and dialect. Let's face it, there's no way someone in real life would say the words FACE, HANDS, and EYES with such frequency.

From Eyes I saw how, like a shorter version of GRRM's A Song of Ice and Fire, one can properly use constantly swapping POV to progress timelines and motives of even the most heinous of enemies. I admit I appreciate the segue into the next entry...

...The Gunslinger, which was actually a second run through. It's one of those books that makes you connect the dots on the reread which I appreciate and also wish I had the skill to construct on my first attempt. Although, even Steve had to go back and retcon his first entry to make it jive with the rest of the books. So I don't feel so bad.

At any rate, I plan to update regularly throughout the next month as I try to attack in full force.
at 8:27 PM No comments:

The Shining and Doctor Sleep

I finished The Shining today on my day off. You might say to yourself, "My word! The man never saw the movie of The Shining at the very least?" To that I would say, "Why yes I have, Random Reader. But if you think they are one and the same then you are really missing out."

Some time ago when Doctor Sleep was released, I ran out to get it and started tearing through it. About half way through I started feeling guilty about never having read the book. I heard that Mr. King originally hated the adaptation due to the creative changes and the casting of Jack Nicholson, but never really thought much of it.

The movie adaptation, while a good movie in its own right, doesn't do much justice to the original concept of the novel. Far be it from me to fault Mr. Kubrick's film for that though. The book has very little action to it, being a psychological thriller, and therefore wouldn't adapt well in its original form. For example:

1) There are no creepy twin girls who haunt the Overlook.
2) "All work and no play..." or any semblance of that line does not appear.
3) Danny Torrance/Tony does not talk through his finger (although very infrequently speaks in Tony's voice).
4) Jack's famous "Heeeere's Johnny!" never occurs.
5) Nor does he wield an ax.

The most memorable imagery from the movie is almost completely absent from the book (including the ending). You might think that this would make the book dull by comparison, but it doesn't. At least not for me. I felt that the film actually spoiled the book by making me expect an outcome that wasn't going to happen. Plus I read the book hearing Jack Nicholson and Shelley Duvall's voices the entire time. Those actors aren't even blonde, for chrissake!

Anyway, time to wrap up Doctor Sleep which takes an extreme left turn departure from the nature of  The Shining. It follows the son, Danny, as an adult as he exorcises his drinking demons and uses his 'shine' beyond the realm of the Overlook Hotel.
at 6:02 PM No comments: