I haven't updated. I know. That's because I haven't had the time to write at all. I've been ridiculously busy to the point of exhaustion. It's, what, 9:30pm? I'm done for the day. 11 hour work days will kinda take it out of a person. Add to that the hour drive I have the last few days and I'm burnt out.
Don't forget that tomorrow (Friday, for those of you lacking calendar skills) is again Free Friday on Amazon.com. The book is free. The apps are free (PC, Android, iPhone, etc.) Go kill an hour and read a book. There might even be a few other things out there worth reading too. Ya never know.
at 9:28 PM No comments: 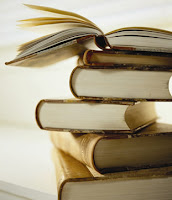 I reread The Seventh Horn the other day. I guess it's been almost a full year since I finished it. Pretty weird.

In retrospect, I suppose it was unfair of me to label The Seventh Horn as a "vampire" novel. While I can't dispute that they're in the book, they really aren't a focal point. Vampirism serves as more of a vehicle to further Ark's separation from what little society remains. Death made him no longer human and his unique abilities cause him to be targeted by the undead. He truly is alone in the world. The story is more about this individual coming to terms with the good and bad of humanity and accepting his place. Even more than that, its about coming to terms with his emotions. That's what makes Ark simultaneously lovable, sad, hated, and humorous. I think its easy to understand how a grown man could choose to act like a child and constantly try to ignore responsibility and reality, given his situation. Ark is chauvinistic, he’s a coward, and he’s occasionally violent. People have these feelings, but try to hide them from everyone around them. Ark, for the most part, does not.
I wrote this book with a younger audience in mind, which is why I expect very few people to enjoy it for the time being. For one, young adults are coming to terms with the same dilemmas that Ark had to deal with. From love to friendship to responsibility to finding your place in the world to moral obligations in society. I think he's relatable to that audience. I left it short enough so that it wouldn't be a massive undertaking to someone who may be a casual or even a first time recreational reader. T7H is not dumbed down and it doesn't hold back in a lot of ways. Then in a lot of other ways it does. I plan to address some of those in the sequels and in the eventual re-edit of T7H down the line.

On a side note, I am still writing Book 2: The Harbinger. I'm hoping for a paperback published release right around July (as long as I can get my act together). Feel free to contact me and yell at me to work faster, dammit. Motivation is key and all.
at 10:48 AM 1 comment:

Email ThisBlogThis!Share to TwitterShare to FacebookShare to Pinterest
Topics: reading, the seventh horn

Happy last year of existence on Earth! In celebration of our last few days, I'm giving away the digital copy of my book on Amazon.com for free every Friday for the month of January. That's a 99c value! Woo! Follow the link below to get your free copy.