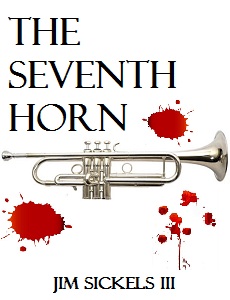 He tried to run away from the words that were all too familiar. He didn't have far to go, though. Trouble was just ahead. It always had this funny way of finding Ark at the worst times. Not that there was ever really a good time to find oneself in trouble.

A posse of men, ten in number or so, rounded the bend and were armed for battle. They appeared to be looking for someone of a certain description.

“'Ey you, Ark! Tell the devil that I'll see him soon when ya get there, a'ight?”

With that, the men in front of the mob fired upon him. Ark swiftly ducked into the alleyway. Fortunately for him, either the men forgot to aim when they unloaded at him, or they really never expected to hit him. Either way, he was lucky. He could sew up and heal pretty quickly these days (one ability he was actually grateful for), but a few rounds to the chest or face would probably do him in. He was only half Vampyr or something, after all.

Ark peered around the corner. He was pretty damn sure that if they couldn't tell what color his eyes were before, they could certainly determine they were violet now. The two biggest guys up front dropped their weapons, let their eyes roll to the back of their heads as they gazed upward to the gray heavens. One dashed his face on the curb as he fell and the other went to his knees and rolled on his side. Ark tasted no decent visions in their memories. The taste was still fresh and robust however, and that was exactly what he wanted and needed. Fuck their memories.

A flurry of bullets rang off of the dumpster and wall which Ark was currently hiding behind.

“Stop shooting, you assholes! He could kill you all where you stand. Stop!”

They stopped briefly. “You with him there, lil lady? That there vamp killed a poor little girl's family last night. She told us the story and we're out here to set things right. Blood for blood! Ya hear that, motherfucker!?” Another blast of lead ricocheted off the edge of the wall.

Ark heard him just fine. Maggie, the girl that he spared the night before, survived the gauntlet to the nearest town where she promptly told the story of a vampire who killed her parents. It must have seemed like a message from an evil and sadistic vampire, daring them to come and play. Couldn't be farther from the truth. Ark didn't want anything to do with anyone anymore.

“I'm sorry there, lil missy. But if ya ain't gonna let us take him down,” Ark heard a rifle being cocked, “we're just gonna hafta take you down with him.”

“Wait!” Ark put his hands up so they could be seen above the dumpster. What the hell am I doing? “If I agree to come back with you for your 'justice,' you have to promise to leave the woman alone. Alright?”

“Ark?” Charlie was obviously just as, if not more so, perplexed by his actions as he was.

“Deal! Get out here now or we'll shoot her down right here!”

“Alright! I'm coming out. Don't shoot!” Why am I doing this?

Ark arose calmly and slowly trying to focus on his attackers, the self-proclaimed defenders of justice. He could almost hear their thoughts. They were all very angry. Angry enough to be willing to tie him up long enough to perform a public execution back home. That was better than letting them shoot her and then having to kill them all. If he killed them, who knew when and where the next posse might show up. He stepped out onto the street, still facing the men and stood in front of Charlie.

Ark turned his head just slightly enough to direct his words behind him, yet still keep a good eye on the gunslingers. “I hear you. You're going to come get me then, I presume? You need me and all you said.”

“I'm pretty sure I know where they're from. If I'm right, I can have you out by the end of the day and nobody else has to die. We might even be able to get us some help. Just promise me.”

“Are you thinking with your dick again?”

“Yes, I need you. Whatever. Just promise me.”

“Fine, I promise - promise to not kill anyone I don't have to, anyway. And you'll owe me.”

“Close enough. Now get the fuck over there, you ass.”

He began walking slowly toward the crowd. “You know you like my ass.”

The third largest man of the original group turned his head to the side, as a dog might when confused by an odd noise. The man with the rifle beside him must have misunderstood the conversation and thought he had been addressing him. “The only time I'll like your ass, son - is when it has a few more bullet holes in it.”

Charlie simply stood where she was, rolled her eyes and shook her head as Ark let out a laugh.
at 10:11 PM