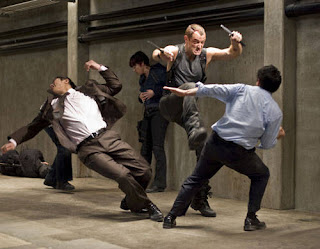 Anyway, Repo Men stars Jude Law (who you have to admit looks a lot like a pissed off Dr. Perry Cox in this picture) and Forest Whitaker, so right off the bat I thought the movie might have potential.  That's not the case.  It's a mash up of the bad parts of Equilibrium, Minority Report and Vanilla Sky, to be honest.  Oh, and a buddy cop film thrown in, too.  (Not that you should care if I'm going to ruin the plot points for you, but spoilers are about to occur.)
Two guys, who happen to be some equivalent of emotionless ninja assassins, work for a company who are to go repossess the artificial organs that people have not been paying for with supreme knife-wielding skills.  They sneak into customers' homes, stun-gun them and cut out the organ, thereby killing them.  At some point one of these goes wrong and Jude's character ends up getting anew heart without his consent and is, for some inexplicable reason, expected to pay the hundreds of thousands of dollars in order to live.  Yeah, I guess they did away with workman's comp and medical insurance in the future.  Anyway, he has a moral dilemma because the the customers/victims are now just like him so he won't kill them anymore which breaks the bank and puts him on the hitlist.  He runs and hides (naturally, because everybody runs, right Tom Cruise?)  Meets a chick that he falls in love with faster than a speeding bullet and then joins the hundreds of customers who are in hiding.  Yadda, yadda.  He gets jumped by his former partner, they have it out and he gets away.  They attack the system and after some gruesome events, they destroy the system, live out their lives on a beach and hip-hip-hooray.  Turns out he didn't get away and that his partner hit him in the head during the Agent Smith/Morpheus fight scene, turned him into a vegetable, then placed a halo-device on him and that's what you had been watching the last half of the movie.  Raise your hand if you came to the same conclusion that I did.  Minority Report/Vanilla Sky/Equilibrium, right?
Wrong. Those movies were entertaining and they were made ten years ago.  Its been done, done and done and for the most part I enjoyed the acting in them. The plots made sense in a sci-fi way and nothing felt overly forced.  I didn't understand why anything happened in this movie besides a reason to watch some action scenes and really gross surgery.  A couple obvious things punched me in the face while I watched this that made me want to turn it off.
First, what moron is going to a company asking for (sometimes multiple) replacement organs knowing full well that this company sends the Deadly Viper Assassination Squad to violently rip your stuff out if you don't pay on time?  They make it seem that the company effectively hides this fact from potential clientele, but c'mon... this isn't on the news?  Additionally, there are hundreds of these people in the city and outside hiding in the ruins that have these organs.  Does this organ company not check credit scores before installing $600,000 hardware?  Doctors, random slobs, and junkies all seem to have these damned things.  Its not like they're mandatory installations at birth, they all opted into the program.  There's more of this type of nonsense, but I think you get the idea.

Maybe I just don't care for action movies anymore.  All I know is that the more I watch this drivel, the less inclined I am to do so in the future.  Every review should include something positive, though.  So I give the movie, I don't know, one star for having John Leguizamo and Forest Whitaker in it.  That's about all.
at 1:23 PM No comments:

I Can't Go When You're Watching

I've come to realize that I have performance anxiety.  I can't write if I'm not alone.  I'm right now deliberately trying to overcome this as Amanda is sitting next to me on her own laptop.  I don't know what the issue is really.  I have all these stories that I want to work on and yet if the man-cub is awake or the little lady is nearby, I just refuse to be productive.  It happens with homework too.  Very peculiar.
at 1:51 AM No comments:

Email ThisBlogThis!Share to TwitterShare to FacebookShare to Pinterest
Topics: random 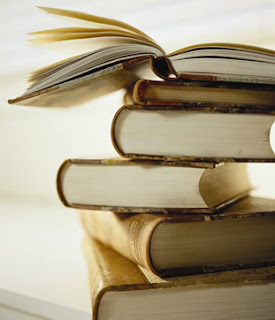 A few days ago I figured I would start up on a new book.  I chose Stephen King's Insomnia because 1) He is unique and entertaining at times.  At least he was at some point.  2) I seem to be suffering from insomnia, so its somewhat ironic and amusing.  Thus far, not much has happened, but I'm terrified and probably for the wrong reason.  King is supposed to be this masterful horror writer and yet I'm really only concerned that this will eventually happen to me.  Not monsters and other dimensions, mind you.  I'm concerned about not sleeping ever.
Additionally, I've begun writing actual writing on the side when my mind lets me.  I think its great, but I'm also a self-defeatist slash perfectionist when it comes to my own work.  I also seem to come up with better ideas before I've concluded the story I'm on.  I wonder how professional writers deal with this.  Should I write down my ideas and just keep hacking away at the piece I'm on or do I flip-flop around?  I'd probably never get anywhere if I did that, I suppose. I've toned down my approach to only writing short stories because I would like to get my foot in the door somehow someday and I understand that throwing your novel around to people doesn't get you very far passed the ever-growing mountain of papers in the corner of some editor's office.
The first short story that I shared received pretty decent reviews, so that got me a bit more motivated.  One person even referred to it as, "a personal literary triumph."  I thought that was pretty cool, even if they were blowing it way out of proportion.  Everyone needs a little push now and then, right?
at 3:45 AM No comments: 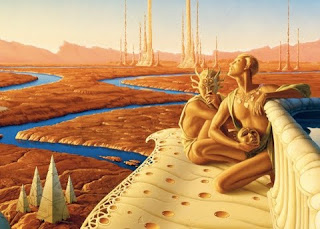 I was pleasantly surprised by this book.  I had recently re-read A Princess of Mars by Edgar Rice Burroughs and I was actually expecting something more along those lines.  You know, a "classic" sci-fi adventure that manages to fill up the pages by simply describing everything in sight.  In other words: it was very, very dry.  TMC didn't really follow this line of writing (even though I felt the environs were adequately described in great detail).  This book is more or less a gathering of tales of people who have arrived on Mars in a period of about thirty years.  Their experiences range from exploration and encountering locals to post-colony life on the planet surface.  Sounds exciting when I say it like that, I know.  With all the character POV's and the striking similarities to real life events and other works of fiction, it really kept me going strong til the end.  It runs just short of 200 pages which makes it a great run through if you need a break in between other genres or books.  I think its a decent example of well-written science fiction without getting ridiculous in Star-Warsiness.  Yeah, I make my own adjectives.  What of it?
at 9:37 PM No comments:

I had really been looking forward to reading this book. From what friends and reviewers had said, this book was supposed to be a great romp through mythology as well as self-examination. However, after reading, I was sorely disappointed. The entire novel felt like filler around what was supposed to be a great idea. I'm not sure if Gaiman's writing style is bad per se, but the presentation just made the entire book feel unnecessary. I'm not unwilling to give people a second chance and I've heard good things about Neverwhere, so we'll see if that book will redeem him for me.

Although interesting and well-written, I was disgusted to find that (at least in my edition) the book was padded with the entire original manuscript. While interesting to see her language changes and other edits that took place, my once 200-something page book was now merely 100 pages. It was just way too short and so many details overlooked. Its like Anthem was meant to merely be a pamphlet for her philosophy.  I realize it to be a novella and all, but the size was misleading.
at 9:34 PM No comments:

The Wealth of Being Poor

I feel bad for people who have never been poor.  You really get to experience life in a different way when you're not eating three meals a day to conserve money or if you have to leave the heat off in the winter and just really bundle up under a few layers of clothes/blankets in order to go to sleep.  There's a certain appreciation for the little things in life and an inherent ability to be optimistic and patient.  People who have never had to struggle just take the lives they have for granted, thereby making much less fulfilling, I'd say.  You grow a certain sense of compassion for other people, which is something I find very missing from today's society.

So maybe its not always fun.  Maybe sometimes its downright painful.  At least after an honest day's work you can feel you've accomplished something with your own two hands.  I don't think there's much else in the world quite as gratifying as that.
at 9:27 PM No comments:

Email ThisBlogThis!Share to TwitterShare to FacebookShare to Pinterest
Topics: random 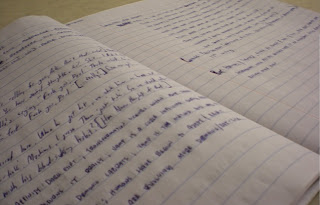 Okay, here's the thing.  This is page is meant to be an experiment on myself and a bet between myself and I.  I said to myself the other day, "If I wrote half as much as I read... I guess I would've written quite a bit."  Well, let's see.  This is technically the second one of these that I've tried; this one is just more user-friendly and downright pretty.

I plan to use this in such a way that I can more adequately express myself to myself, because quite frankly I have no idea what the hell I'm saying or thinking most of the time.  If, on this little sidequest, I happen to pick up a few voyeurism-enthusiasts I say the more the merrier.  You creepy people, you.  I hope that in doing this I manage to rekindle my desire to write (properly) as well as perhaps come across some other like-minded or interesting people and their thoughts as well.
at 9:00 PM No comments: